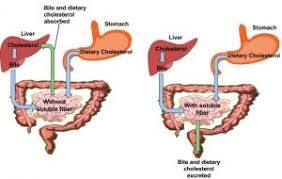 The small intestine is the site of the complete digestion of fats.

Role of stomach in Fat Digestion

Role of Liver in Fat digestion

Bile is produced in the liver, stored in the gallbladder, and released into the small intestine to aid in the digestion and absorption of lipids.

Bile salts reduce the surface tension of fats and break them into tiny droplets (emulsification) for providing greater surface area for the action of enzymes.Bile also makes the medium alkaline.

Role of Pancreas in Fat Digestion

to break down triglycerides into monoglycerides, fatty acids, and glycerol.

Also Check -What is the function of digestive enzymes?

The upper part of the small intestine receives bile juice, which contains bile salts for breakdown of fats into smaller globules thereby, increasing the efficiency of the enzyme action. This process is known as emulsification.

The walls of the small intestine secrete intestinal juice containing enzyme lipase. It finally converts the emulsified fats into fatty acids and glycerol.

In the small intestine, the products from fat digestion and bile acids form a micelle, which moves toward the microvilli to allow the lipids to diffuse into the mucosal cells.

Also Check- How is the Small Intestine designed to absorb Digested Food ?

Inside the mucosal cells, the fatty acids and monoglycerides are resembled into triglycerides and incorporated into lipid lipid transport particles called chylomicrons, which enter the lymph vessel.

The final products of food are mainly absorbed in the intestine itself.

The small intestine is very efficient in absorbing fat so very little is normally excreted in the feces. 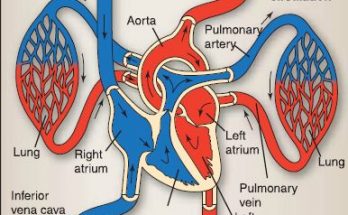