Metamorphosis is the process of transformation or change that is used to describe the physical transformation of some organism from one stage of development to another. These changes can be in the body shape, growth of wings, the development of new body structures, or size of an organism. It also changes the behavior and function of the organism. Metamorphosis process occurs in insects, such as butterflies and beetles, but can also occur in other organisms, including amphibians, fish, and mammals.

Types of Metamorphosis are classified depending  on the type of changes that occur in the organism during the transformation.

4 Important types of Metamorphosis are as follows

Similarities and Differences between Metamorphosis in Insects and other Animals

Similarities between Insects and other Animals Metamorphosis

Differences  Between Insects and other Animals Metamorphosis

Physical and Behavioral changes during Metamorphosis

Insects, such as butterflies and moths undergo metamorphosis in order to develop wings.

Insects, such as butterflies and moths, start with the larva stage. Larva is  a worm-like creature. In metamorphosis the larva transforms into a pupa, which is a non-moving protective stage where the insect undergoes its final development.

Organisms like frogs and salamanders undergo metamorphosis and change the body shape and size. Example –  Tadpoles transform into adult frogs, which have legs and have a different body shape.

Organisms like frogs and salamanders undergo changes in behavior during metamorphosis. Example – tadpoles are aquatic and eat algae, while adult frogs are terrestrial and eat insects.

Organisms like butterflies and moths undergo change  in color during metamorphosis. Example – Caterpillars of a monarch butterfly are green and brown but the adult butterfly is orange and black.

Food availability also plays an important role in the metamorphosis process. Lack of food can slow down the development of larvae and delay Metamorphosis, while an abundance of food can accelerate it. For example, caterpillars that have access to a large amount of leaves will grow and develop faster than those with limited access to food.

Light  also affects the time of metamorphosis. Example-  some amphibians like  salamanders will go into metamorphosis if they are exposed to certain wavelengths of light.

Predation also affects metamorphosis , as many Organisms Slow down or increase their development depending on the presence or absence of Predators. Example, some Organisms will develop faster to reach a size where they are less vulnerable to predation.

Competition for resources  also affects the metamorphosis  as individuals may Slow down or increase their development to avoid competition with other organisms .

Importance of  Metamorphosis as a model system for studying developmental biology and genetics.

In metamorphosis, organisms undergo drastic changes in body shape, size, and function, which are controlled by the activation and repression of specific genes. By studying the genetic and molecular mechanisms that control metamorphosis, researchers can gain insights into how development is regulated at the cellular and molecular level.

For example In insects metamorphosis is controlled by hormones. Ecdysone is one of the hormones which triggers the expression of genes that control cell proliferation and differentiation. By studying the genes that are activated during metamorphosis, researchers have been able to identify key signaling pathways and transcription factors that are important for developmental processes, such as cell proliferation and differentiation.

In amphibians metamorphosis is controlled by thyroid hormones, which activate genes that control the development of new structures, such as the lungs, and the degeneration of existing structures, such as the gills. By studying the genetic and molecular mechanisms that control metamorphosis in amphibians, researchers have been able to identify key signaling pathways and transcription factors that are important for developmental processes, such as organ development and tissue remodeling.

Study of metamorphosis provides insights into developmental biology,  evolutionary biology and medicine. Example- By studying the genetic and molecular mechanisms that control metamorphosis, researchers can get insights into how organisms have evolved to adapt to different environments and how these mechanisms might be disrupted in disease states.

Importance of Metamorphosis for the survival and Reproduction of Insects.

Metamorphosis plays a vital role in their survival and reproduction.

Metamorphosis plays a crucial role in Reproduction. Many Insects, such as Butterflies and Moths have distinct male and females  that can able to reproduce in their adult stage. Because of  Metamorphosis, these insects would not be able to reproduce, and their populations would eventually decline.

Metamorphosis also allows insects to avoid predators. Example- Caterpillars are vulnerable to predators as they are slow-moving and easy to spot. But once it transforms into a butterfly, it becomes faster and more agile, making it more difficult for predators to catch.

Ecological and Evolutionary Significance of Metamorphosis.

Metamorphosis plays an important role in the ecology and evolution of many organisms.

Metamorphosis plays an important role in the survival and reproduction of many species. Example- in Insects such as Butterflies and moths the adult stage is specialized for reproduction and dispersal, while in the larva stage it is specialized for feeding and growth. This division of labor allows for greater efficiency in resource use, as the larvae can focus on growth and the adults can focus on reproduction. Metamorphosis can also play a role in adaptation to different environments. Example –  Aquatic organisms, such as amphibians, undergo metamorphosis to adapt to life on land. This allows them to take advantage of new resources and avoid predation in the terrestrial environment.

What is the role of hormones in triggering and regulating the metamorphosis process?

Roles of Hormones in various organisms is as follows –

Role of Hormone in Metamorphosis- Insects

In insects  Ecdysone is the primary hormone responsible for activating the metamorphosis process. Ecdysone is produced by the prothoracic glands and is released in pulses, which signal the insect to molt and progress through the different stages of development. Ecdysone pulse also activates the formation of the pupal cuticle, which eventually hardens to form the adult exoskeleton.

Role of Hormone in Metamorphosis – Amphibians

In Amphibians Thyroxine hormone is responsible for activating  the metamorphosis process. Thyroxine is produced by the thyroid gland and is released into the bloodstream, where it travels to the amphibian’s skin and causes the release of other hormones that  activates the Metamorphosis process.

Role of Hormone in Metamorphosis- Mammals 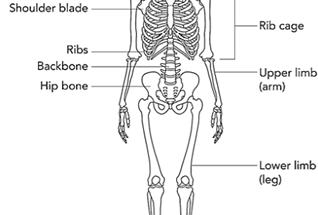